The chance to buy a Ford Mustang built to nail eight second quarter miles right out of the box has just opened up in Australia – if you get in quick.

Herrod Performance announced it has an official “brand new, never raced” 50th Anniversary Ford Mustang Cobra Jet allocated for its store in Melbourne, and it’s willing to sell it to one lucky customer. 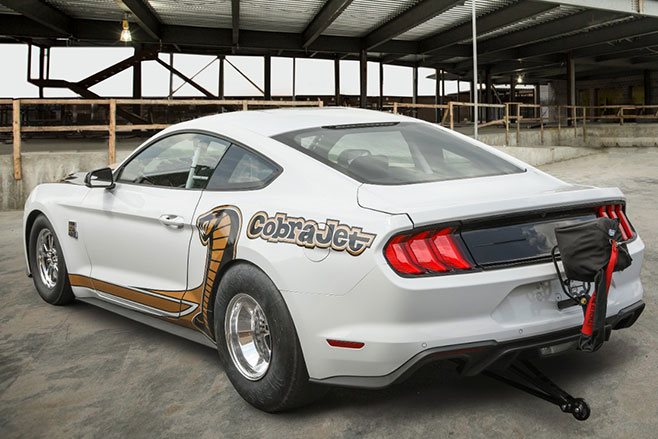 You’ll need US$132,000 to claim the Cobra. That’s a ticket of about $184,000 after converting the price into Aussie pesos. So yeh, it’s a bit of money, and that’s before shipping and taxes are added.

But what you get in return is a special edition 820kW Mustang specially made for the drag strip. Powering it to mid-eight-second quarter miles is a bored 5.2-litre V8 sucking boost from a 3.0-litre Whipple supercharger. The rest of the car is stripped down to the bare essentials required for racing, including a roll cage, race seat and special racing wheels. 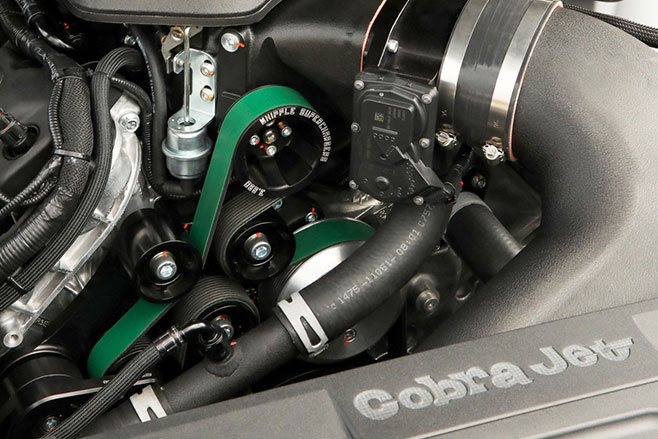 Ford Performance in The States contacted Herrod Performance owner Rob Herrod, “…and said ‘hey, we got a spare one here if you can find someone to buy it’,” he tells MOTOR, “and I thought I’d put the thing up on my Facebook site and see how many people, you know, you only need one buyer”. The example in question has not even left the Watson Racing factory in the United States.

You might be wondering what Ford is doing with the 50th Anniversary Cobra Jets given they were released in 2018. As it turns out, they take a bit of time to put together, given their specification, and the run of 68 – in a nod to the debut year of the 249kW 429 V8 original – units has been stretched over a couple years.

That hasn’t stopped Ford Performance taking the Cobra Jet to new frontiers, either, with the firm announcing a 1044kW (1400hp) electric version earlier this year.

It won’t be the first powerful Mustang Rob’s sold. He already sold one to a private collector and is the man behind the Ford Mustang R-Spec and other nutter V8 Ponys. But given the car’s serious drag strip focus, you will need to bring a trailer before taking this one home.